SRFTI Must start the ICC investigation 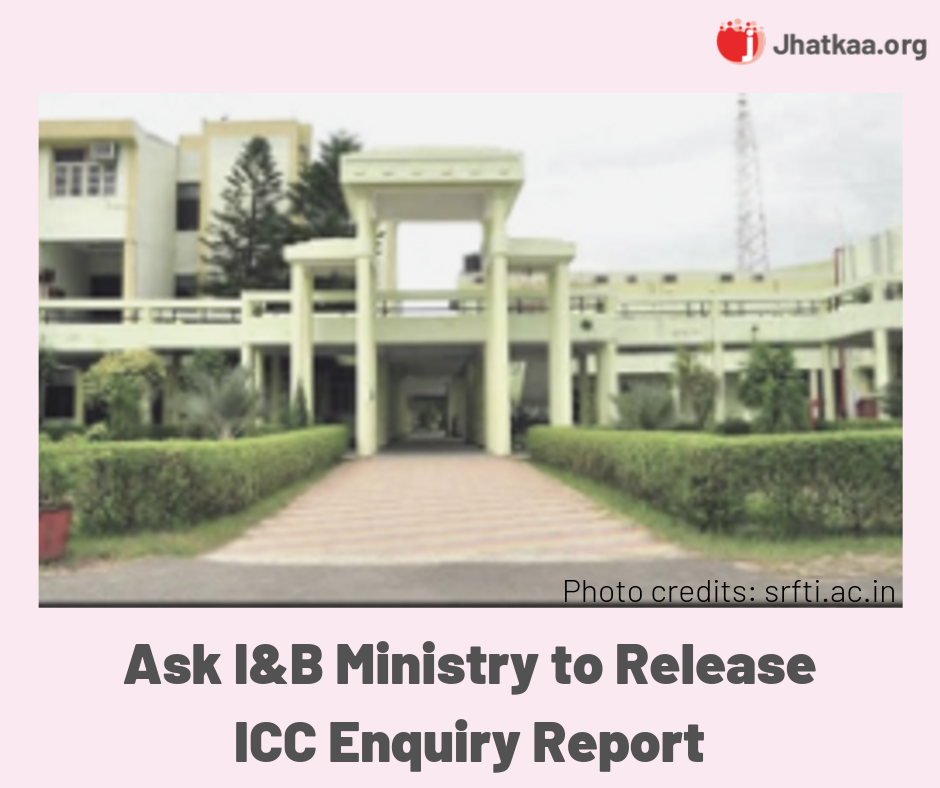 After gathering 1000 signatures and over 50 emails by Jhatkaa.org members to the director of Satyajit Ray Film and Television Institute (SRFTI) and finally getting the sexual harassment redressal process started for the complainant -- we are closing the campaign. The complainant was a final year student with the Kolkata-based film institute who had accused staff of sexual harassment. The institute reportedly intimidated the complainant to take her case back. Honestly, a complete victory in this campaign would have been to have the Internal Committee Complaints (ICC) complete the investigation. However, this campaign journey was full of important milestones. For one, within a day of our members sending emails to the director, she re-opened the case. We even got the Ministry of Human Resource Development (MHRD) to intervene. It was a huge step because it was the result of collective pressure and media outreach. We want to create a bigger impact in our next campaign. It won’t be possible without your support. This campaign also helped us develop some useful contacts in the Ministry of Human Resources (MHRD). With multiple calls and follow-up calls to the ministry, we marked our presence in various departments.