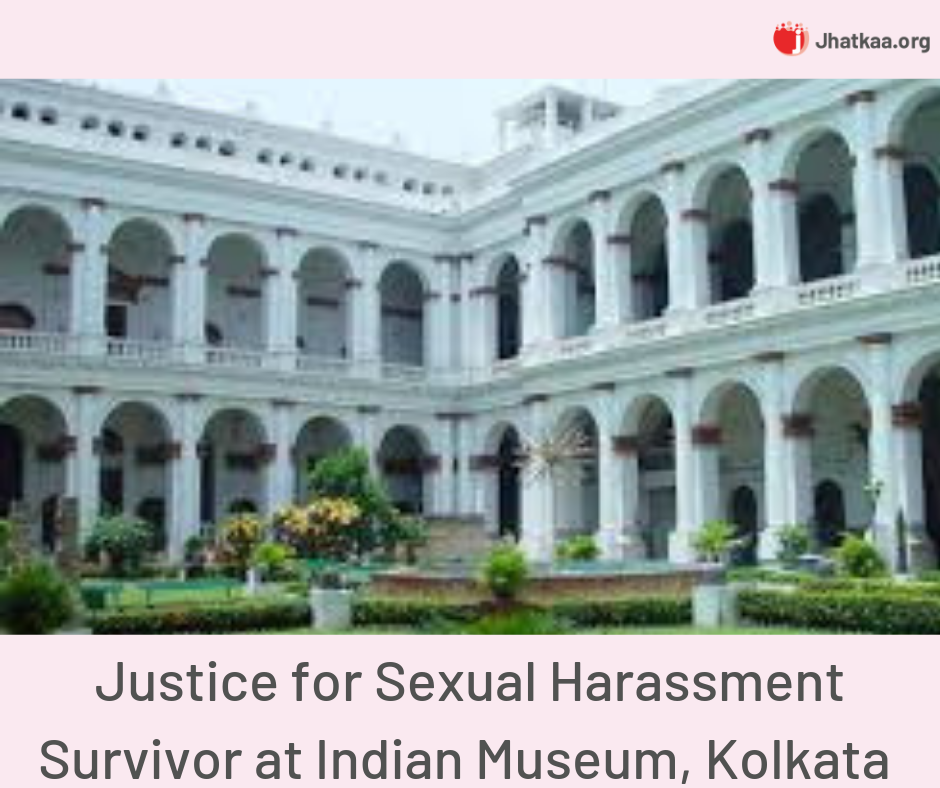 An Internal Complainants Commitee (ICC) was finally set up for the sexual harassment complainant from Indian Museum, Kolkata who had reached out to us in August 2019. After garnering media attention, the complainant reached out to us for support. We were able to build pressure not only on the Indian Museum director to resign while the investigation is on, but also the Ministry of Culture to get the ICC proceedings started. Repeated calls to the Ministry of Indian Culture, conversation with Under Secretary S.C Mondal, coordinated twitterstorm and our petition highlighted the case in the ministry and ICC was set up soon after.